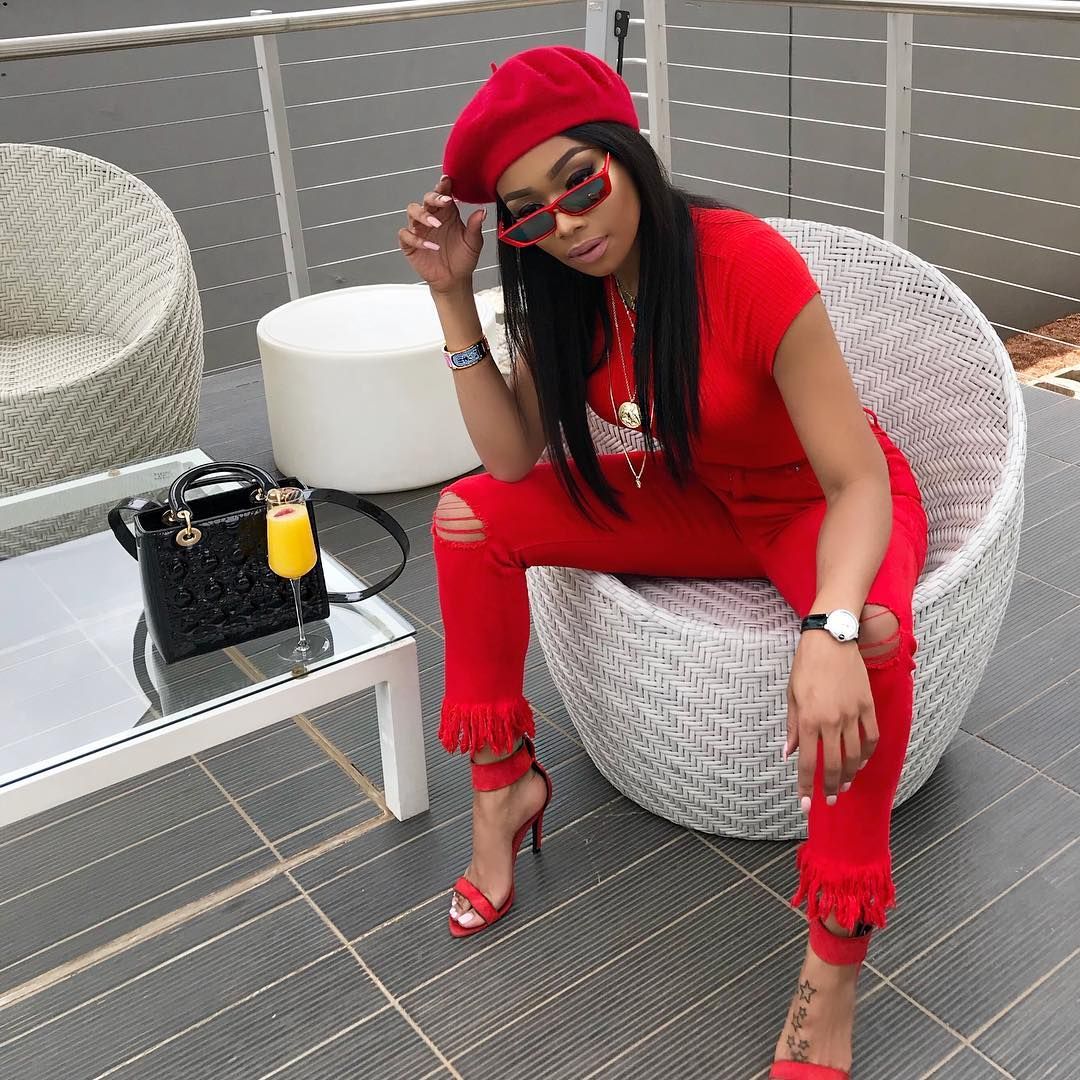 South African TV and radio presenter Bonang Matheba is considered one of the country’s top style icons. She recently caused many jaws to drop in awe of her sense of style at the 2015 Metro FM Music Awards in Durban, and she scooped countless style awards including SA Style Icon of the Year 2015 at the SA Style Awards in South Africa, 2015 Female Continental Style Influencer Of The Year at the Abryanz Fashion Awards in Uganda and Glamour Magazine’s Most Glamorous South African Celebrity in 2014. She is currently the face of one of South Africa’s best designers Gert-Johan Coetzee’s Haute Couture line and has collaborated with Woolworths South Africa to create her own lingerie line called Bonang For Distractions. Bonang describes her style as fearless and eclectic. Freelance model and businessman Abdy Askar, 28, is one of Nairobi’s top stylish men, having scooped up the best male dresser award twice at Nairobi’s prestigious monthly social event Blankets and Wine and listed in first place on 254 Digital’s 10 Best Dressed Kenyan Male Personalities. Askar’s style can be defined as the sophisticated gentleman’s style as he elegantly wears 3 piece suits as well as vintage suits, with a casual hip hop look similar to the popular American hip hop group Run DMC thrown in to add some flavour to his look. Askar got into fashion after graduating from high school and working as a model for an income. He was admired for his sense of style, and steadily built a fan and client base through his attendance of Nairobi’s top social events. He owns a fashion label called King Askar.

Actress Yvonne Nelson is one of Ghana’s top fashion icons. The former beauty queen is well known for her classic yet eclectic fashion sense, fusing African prints with modern trends, and her bold yet modern hairstyles such as afro-styled braids, pixie haircuts and box braids. She was one of the first celebrities to introduce lace wigs and human hair collections into the Ghanaian hair market through her YN Hairline label. She has her own clothing store called YN’s Closet which was born out of many of her fans’ requests to mimic her sense of style. Louis Philippe De Gagoue is a fashion stylist and blogger of Ivorian and Cameroonian descent. He previously worked as a model before venturing into styling, blogging and fashion photography. He describes his style as bold, eccentric and unique, as he fuses various style influences from different cultures with pop art. His work has been noticed by notable people in the fashion industry, including Editor-In-Chief of Vogue Italia Franca Sozzani, who named De Gagoue as a stylist to look out for, as well as well as Rossy de Palma, who is an avid follower of his work on social media. He is currently based in Dubai, and also works as an art director.

Nigerian pop star Yemi Alade not only captured the music world with her rhythmic beats, but also the fashion world with her bold and eclectic sense of style, especially when it comes to hair. She has worn the high bun in an array of colours and designs, and recently set Instagram ablaze with her calabar hairstyle trend, similar to the one Rihanna wore at the iHeart Radio Awards in Los Angeles in 2014, where ladies reposted images of themselves in the same hair style. She has also worn coloured braids, 50s style bob weaves and coloured braided ponytails.

Aliaa Elesseily is an Egyptian stylist, personal shopper and image consultant who has worked in the fashion industry for 12 years. She studied fashion at the London College of Fashion, and is also a business major. As an avid fashion lover in her early years, she used her family’s strict background as inspiration for mixing and matching outfits, and became more daring with her style after moving to London. Her style is characterized by a fusion of North Africa, Middle Eastern and European styles. She owns a fashion consulting and styling company called Loushe, and will soon introduce a clothing line called Aliaa el Esseily. 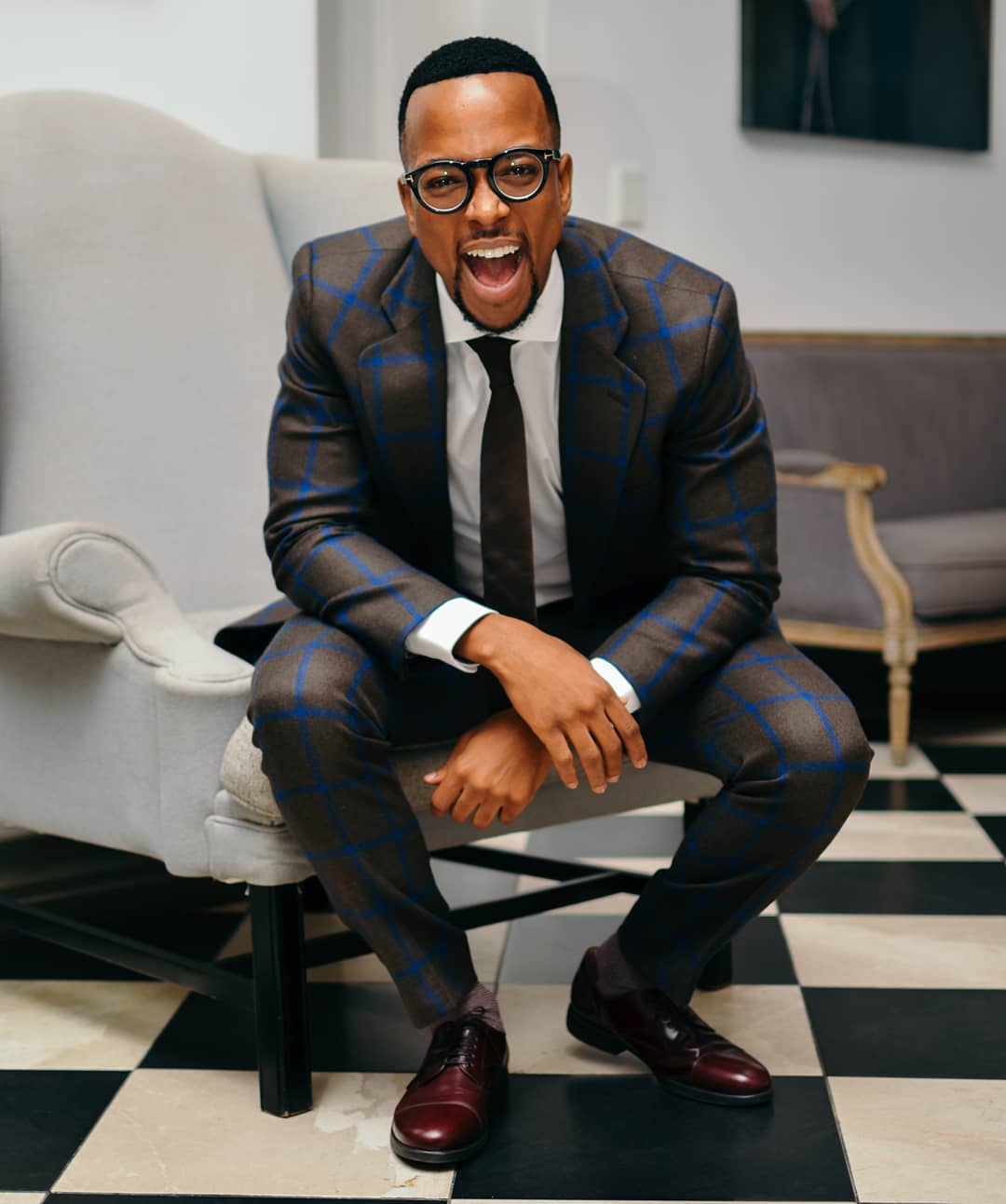 South Africa actor and model Maps Maponyane captured the fashion world with his good looks and his sophisticated and modern sense of style. One of his best outfits include a well fitted suit, which he wears in the classic black style and switches it up with a modern vintage suit, wearing a plaid or bold blazer to command attention. His sophisticated gentleman look is completed with his black framed spectacles, which act as a stylish accessory to his look. It’s no surprise that he chose a well-tailored and well fitted suit as his favourite clothing item, saying that this outfit is a signature one that makes a man stand out from the crowd. Maponyane collaborated with online fashion store Spree last year to create his own summer clothing range called MapsXSpree: The Collection.

‘Ojuelegba’ hit maker Wizkid is considered as one of Nigeria’s most stylish musicians, effortlessly mixing modern street wear with traditional Nigerian attire as well as going full on urban casual with the trendiest sneakers and bold accessories such as gold watches and off-course, his signature tattoos. Wizkid is a fan of African fabric and traditional Nigerian attire mixed with more modern trends, saying that this is the current fashion trend that is a hit with the country’s young people and has caught the attention of the international fashion, being dubbed as Lagosian street style. His favourite fashion items include Ray Ban sunglasses and skinny jeans, which he says he wears very well

Africa Remains A Strategic Territory For Growth In Hotel Industry

10 Crazy Over the Top Ways to Treat Yourself