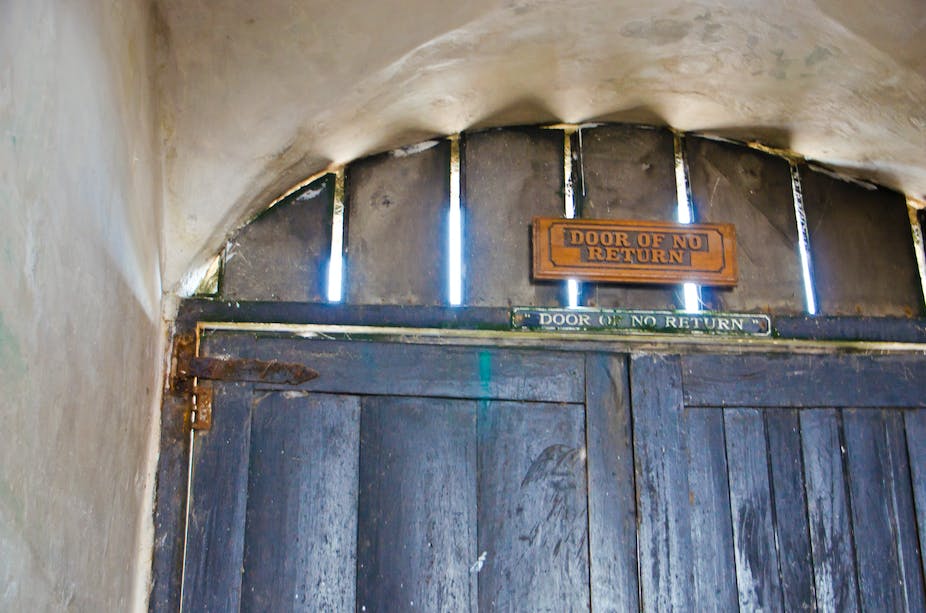 Ghana has designated 2019 as the Year of Return to commemorate 400 years since the first enslaved Africans arrived in Jamestown, Virginia in the United States. The government has been running a massive marketing campaign targeting African Americans and the diaspora, and various events have been arranged. The focus has been on memorialising the liberation from slavery. But it has also served as a marketing exercise to popularise Ghana as a tourism destination with Trans-Atlantic trade appeal.

According to the most comprehensive analysis of shipping records over the course of the slave trade between 1525 and 1866, 12.5 million Africans were shipped to the New World. Nearly 11 million survived the dreaded middle passage, disembarking in North America, the Caribbean and South America.

African Americans, in particular, have been tracing their ancestries for decades. In recent years, increasing numbers have used DNA testing to trace their ancestry and have made spiritual pilgrimages to the countries of origin. Some have even taken up citizenship of these countries.

The Year of Return campaign hopes to capitalise on these links to boost Ghana’s tourism industry. The sector contributed 5.5% to GDP in 2018, coming fourth after gold, cocoa and oil in terms of foreign exchange generation for the country.

But there’s a great deal of room for growth. The industry saw significant growth starting in the 1980s. This was as a result of a structural adjustment programme, agreed to with the World Bank and International Monetary Fund, which made tourism a priority industry. As a result a regulatory framework and private sector involvement was developed.

In its latest tourism drive as part of the Year of Return Ghana has put in place a programme that incentivises diaspora returnees. It has waived some visa requirements and passed amendments to a 2002 law that permits people of African origin to apply for a right to stay indefinitely in Ghana.

We would argue that the marketing campaign can be beneficial to tourism growth in Ghana. But destination managers and regulators need to be circumspect about some possible fall outs. For example, research has shown that inviting foreign firms into a sector can do immeasurable damage to local industries. A study done in 2018 found that foreign firms can crowd out locally owned ones.

There certainly are positive aspects to The “Year of Return” and the marketing activities that are being used to draw the world’s attention to Ghana as the home for the African diaspora.

Firstly, it is likely to put the country in better position on the world tourism ladder in terms of popularity. The “Year of Return” as a brand is likely to have a positive impact on the country’s image and its marketability. Ghana holds a special place in the dark history of the slave trade. It was one of the key departure points in Africa at the height of the trade.

The year-long event is being marked by various marketing activities both locally and internationally. Various platforms are being used including social media, traditional media as well as trade fairs and shows.

Efforts include co-opting traditional authorities as well as local and international celebrities as part of the campaign. These include Idris Elba, Boris Kodjoe, Naomi Campbell, and over 30 Ghanaian celebrities.

The hope is that the campaign will increase tourism numbers, and that the “Year of Return” will have longer term consequences too. This could be in the form of investments as the government is encouraging African Americans to invest in various sectors of the economy, particularly the service industry.

But caution is required

But there could also be some negative affects. Ghanaians rely heavily on tourists’ expenditure for their livelihoods. The danger is that diasporians who invest in the local tourism industry could crowd out local small and medium sized enterprises.

This would especially be true if they were large-scale businesses. For example in Malaysia and Sri Lanka multinational firms have crowded out local ones, especially in the tourism industry.

Another issue to watch is the broader impact on the economy. Tourism can easily trigger inflation in the local economy where services providers tend to give inflated prices to tourists because they are perceived to be rich. A typical example is Barcelona, Spain; there, prices appear to be higher than normal within tourist hubs.

The Year of Return is a useful strategy as a marketing tool that’s likely to increase visitor arrivals in Ghana. But there could also be possible negative ramifications if foreign firms move in aggressively. This means it’s important that domestic firms are supported while the entry and operations of foreign firms in Ghana is controlled.

This article is republished from The Conversation under a Creative Commons license. Read the original article.

Dakar Shakes Off its Colonial Past

Capitalising on the African Experience

What to Do When Visiting Egypt

This Online Platform is a One-Stop Shop for African Fashion

‘Sights and Sounds: Stone Town’ is a Stunning Visual Escape

Meet the Emerging Creatives Who Exhibited at Design Indaba 2020

Dakar Shakes Off its Colonial Past

Capitalising on the African Experience