On the International Day of Democracy, results from a multinational survey suggest that sub-Saharan Africa’s young people are startlingly, evenly split – 48% – 48% – divided over whether democracy or stability (economically stable, one-party states) is more important for the future well-being of the continent. The study reveals that political failure and subsequently high levels of disillusionment in governance to bring about necessary change bodes the potential to make this generation vulnerable to autocracy.

These and other discoveries stem from the inaugural African Youth Survey (AYS), the most comprehensive research on Africa’s youth to date commissioned by the Ichikowitz Family Foundation (IFF). The Survey, conducted by PSB Research (part of WPP Group), involved 4,200 face-to-face interviews with Africans aged 18 to 24, held across the major urban centres of 14 sub-Saharan African nations; a project meant to develop foundations for a better global understanding of a demographic that is all too often misunderstood.

A study from Cornell University recently contended that from the 1990s onwards almost all Sub-Saharan African nations institutionalized multiparty electoral politics, but that the process of consolidating true democracy is still lacking. The African Youth Survey’s discoveries were derived at as populism, protectionism, anti-democratic and illiberal governance continue to rise across the globe; a trend of ‘democratic backsliding’ that Freedom House, a leading Washington D.C.-based advocacy group, suggests is poised to reach its 14th consecutive year in pervasiveness. 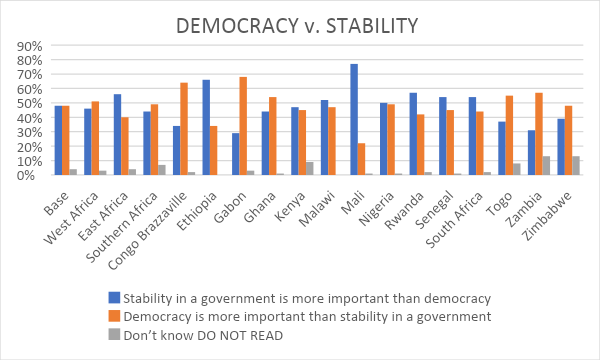 Ichikowitz Family Foundation Founder and Executive Chairman Ivor Ichikowitz stated: “Africa is home to the youngest population anywhere in the world. By the end of the century more than 40% of the world’s human capital will reside in Africa. The question must be asked – Is anyone actually listening to Africa’s youth? This disillusionment in the political systems which our Survey reflects, if not addressed, pose a serious threat to the prosperity and future of the continent. The ‘Afro Optimism’ in the continent’s future also captured by our study poses a huge opportunity but it does bring great risks – If the high expectations of youth are unmet and if their trust in their political system to bring change is beyond repair, an African 21st century will be in jeopardy”.

Key findings on the democracy question in Africa include:

While 85% of young Africans see their country as free (evinced by enshrined liberal-democratic values), many feel there is still inequality before the law: the sample was split evenly 50-50 on this question. Rwanda (78%), Ghana: (73%) and Kenya (72%) were ranked as the top countries wherein African youths agreed there is equality before the law, while Zimbabwe (79%), Congo (76%) and Gabon (71%) respectively disagreed.

With leading African youth concerns as reported from the study such as unemployment (26%), corruption (14%) and political instability (9%) going largely unchecked in many of the Sub Saharan African nations polled, it is of little surprise that nearly half (48%) of those surveyed believe they cannot trust their country’s government to have their best interests in mind. This dilemma has only been exacerbated by the COVID-19 outbreak, which has illuminated the continent’s lingering yet stark inequalities and accelerated a rise in gender, race, and class politics.

Despite the democratic values of participation, tolerance and freedom bestowed upon much of the continent (68% considered themselves familiar with and supportive of human rights and 70% planned to vote in the next election in their country) civic engagement has also fallen in many of the African nations polled. The Survey found youth disillusionment in the very few voices wishing to seek elected office in future (15%) nor participate in political demonstrations (21%). 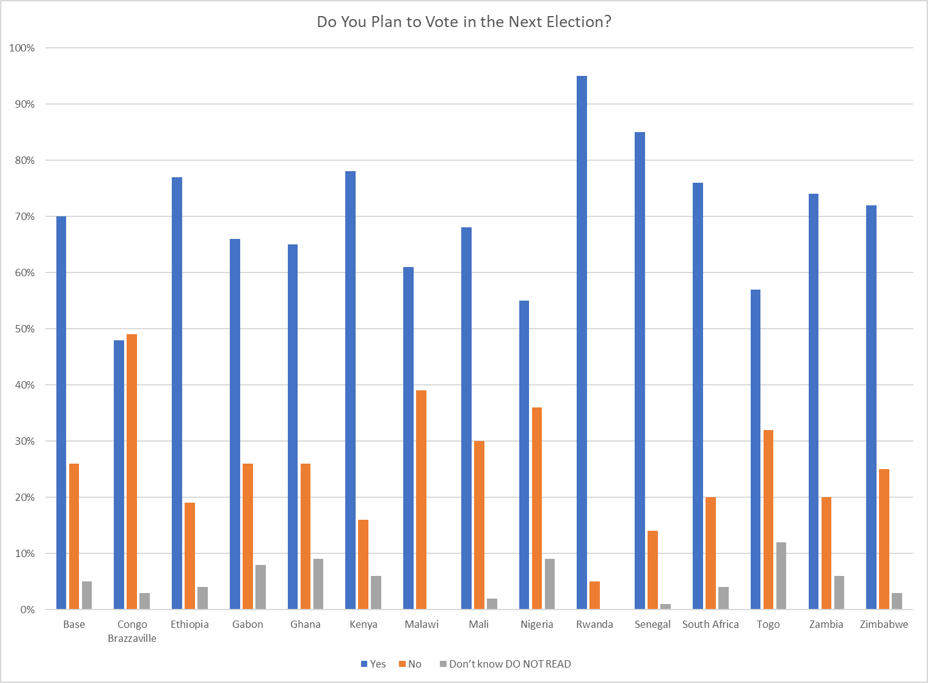 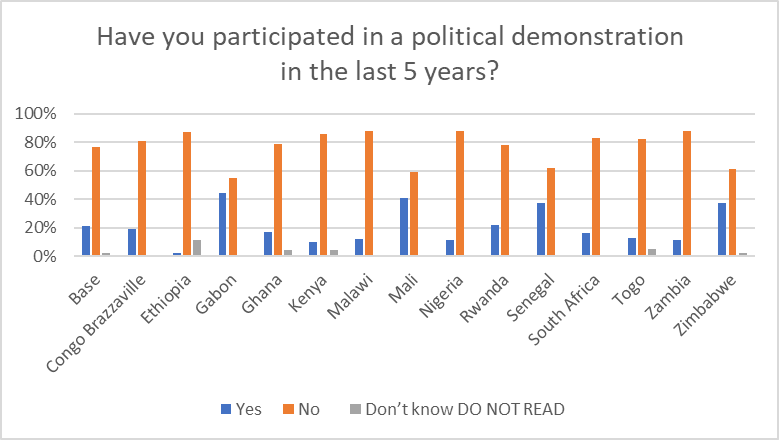 The Ichikowitz Foundation believes these measurements emblemize the fragility of Sub-Saharan African governance in future, a barometer with the potential to reshape geopolitics on the continent.

Ichikowitz added: “There is no ‘one size fits all’ model of governance for the continent at large; however, when we learn, for instance, that a majority of African youth are inclusive and believe in the values of participation, tolerance and freedom, we know that it’s the result of their democratic experience and freedom to voice concerns, that counterweighs the preference to ‘era of the strongman’ stability.

“On International Democracy Day, we acknowledge that while true democracy is a goal for most Africans, in practice the experience of it is, much like the respondents themselves, still relatively young. We strive towards an Africa where the trade-off between democracy and stability is no longer necessary, and citizens come to believe that they may enjoy both at the same time. Reaching this reality will require more education and more experience with governance that guarantees both. Our foundation is committed to the long-term goal of making this aspiration a reality.”

The Ichikowitz Family Foundation, which has a strong track record of promoting democratic values within Africa, understands the findings of its inaugural African Youth Survey to be powerful resources in informing good public governance and corporate social responsibility and therefore plans to administer the Survey on an annual basis for the foreseeable future.

What Does Building Back Better Look Like for African Women Engaged in Smallholder Agriculture and Food Businesses?

The Challenge: Clean and Safe Water

A School Day Turns Into a Nightmare

Will this Farming Technique Help Zimbabweans Out of Hunger?

Holding Our Breath for an African at the WTO Helm

Panel to Probe What Really Happened at Lagos Protest